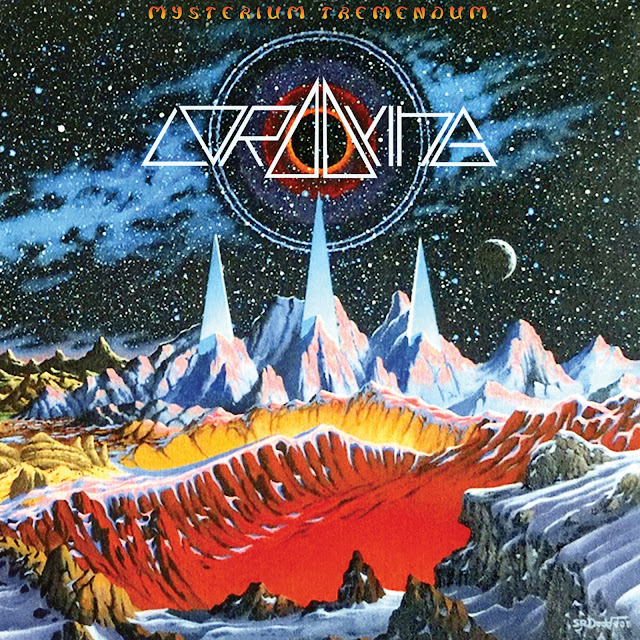 The planetary-inspired landscape adorning the record's cover art was crafted by legendary artist, Steve R Dodd. Guitarist, Chris Evans, comments: "As the music and themes of the album began to take shape, Erik and I decided the art for the album should be otherworldly or psychedelic. Our first thought was to try to contact Roger Dean of Yes fame as we love the album covers he has done. As that wasn't panning out quick enough, we started looking at old sci-fi book covers and art."

"Every time we really loved one we would see it was by Steve R Dodd," Evans remembers. "I started looking around and couldn't find anything out about him. I eventually stumbled on a band from Australia that had used some of his art and hit them up. They said they knew his sister and that Steve was very reclusive and doesn't own a phone or computer or anything. They put me in touch with his sister and she said he'd be delighted to take on the project. In a very short time he painted two amazing gatefold painting for us and we couldn't be happier!"

"Mysterium Tremendum" can be pre-ordered at: http://smarturl.it/LordDyingMT