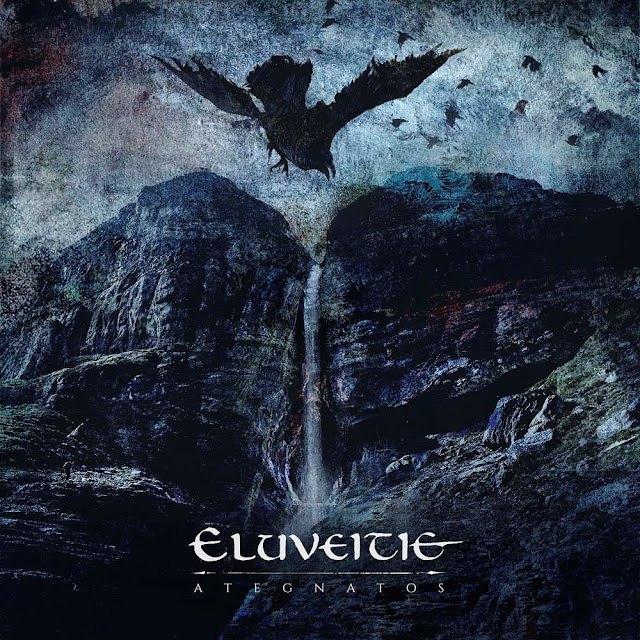 The cover art for "Ategnatos" (the new album of Swiss folk metallers, Eluveitie) was designed by veteran American designer, Seempieces - The Art of Travis Smith, who has collaborated with the band in several occasions."

"We're honestly excited with the result," the members of the band say. They explain that "the front cover shows a spectacular scenery in central Switzerland, a so-called 'vulva cave', as it was sought to mark sacred rites of fertility and celebrations of life in ancient times! The artwork mystically and beautifully expresses the Ategnatos very core and essence! Once again it was a pleasure to work with Travis!"
"Ategnatos" will be released on April 5th 2019 via Nuclear Blast.