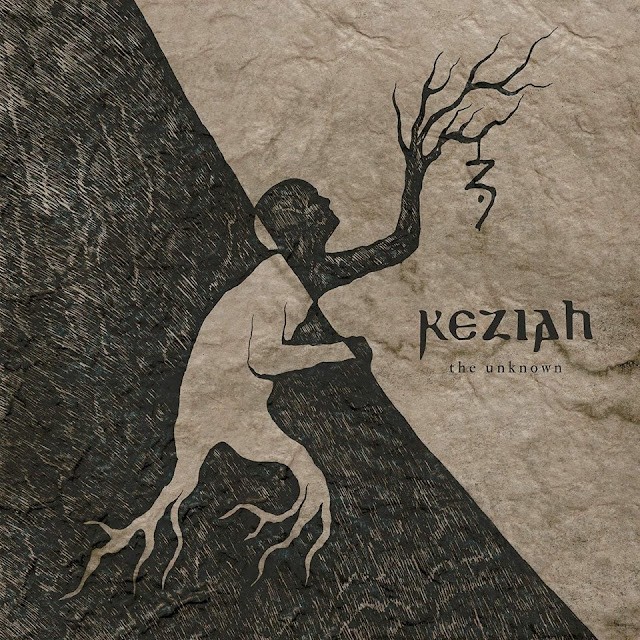 Basque country-based band, Keziah is soon releasing their new album "The Unknown." Its cover artwork was crafted by veteran visual maestro, Costin Chioreanu.
In contrast with many of Chioreanu's pieces, this is a rather simple-yet-powerful graphic. "I do not have a constant need of doing hyper-detailed pieces and sometimes going straight to the core of the idea is all that you need to express it visually," the Romanian artist comments. In this graphic, "matter is passing from a space to another, the character is entering an unknown universe, but at the same time the character is also representing the unknown for that universe. You can continue the story by yourself, as I just gave you the introduction key."

The artwork was created using a mix media approach of traditional and digital techniques.